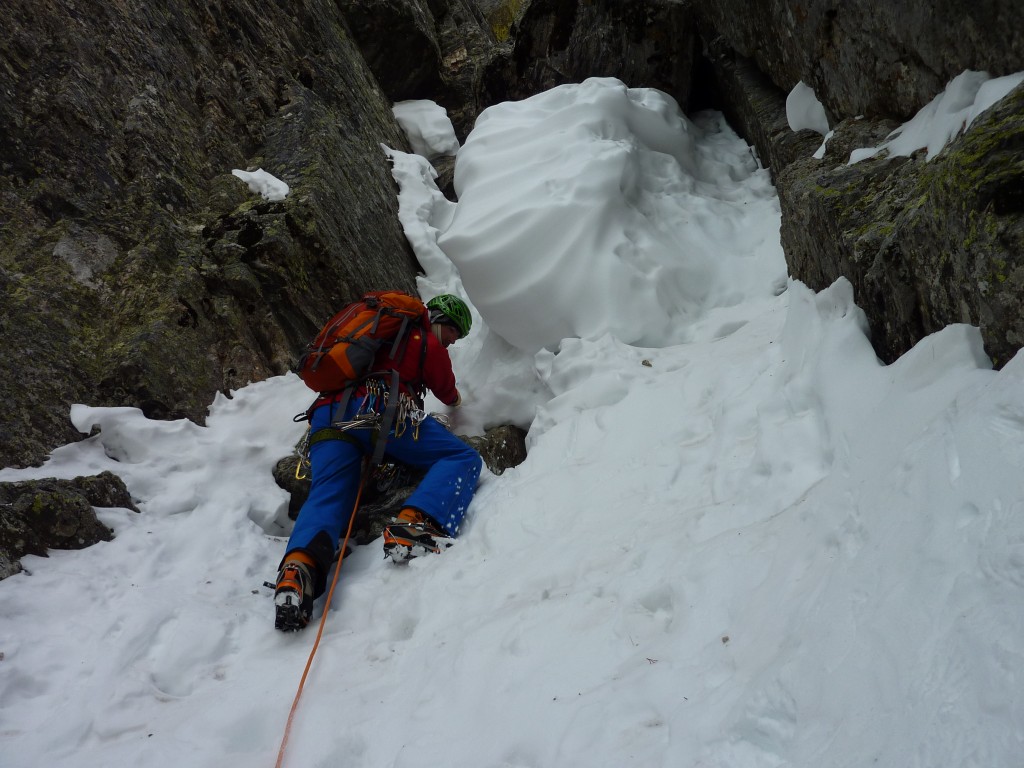 Fabrizio, 42 years old, lives in Basalt, Colorado and has been climbing for 28 years. His climbing has taken him around the world, attempting and putting up new routes or speed ascents in the Himalaya, Alaska, Patagonia and Queen Maud Land, Antarctica. He has guided and or led expeditions to Everest, K2 (6 times) Makalu, Cho Oyu and the Gasherbrums, Nuptse South Face, Ama Dablam (5 times), Pumori and Cerro Torre. Fabrizio is one of the few climbers to go from K2 base Camp, 5000m, to camp 4, 7900m, and back to base camp in one 36 hour push. His 2005 alpine style new route ascent of Mt. Huntington was recognized by Rock and Ice Magazine as one of the greatest ascents of the last twenty five years!
I work throughout the Roaring Fork Valley of Aspen, CO as a Rock, Ice, Alpine and Ski guide when not traveling to climb.
Fabrizio’s favorite days in the mountains have revolved around the location and partners as much as the objective. Recent examples of proud days or experiences:Summer 2009: Guiding K2 and Broad Peak and Latok II Rescue attempt

I lead a 10 person commercial team to both K2 and Broad Peak, bringing clients to the season highpoints on both mountains; overseeing a total of 27 climbers throughout the season, with much success and zero injuries. Then volunteered and lead a major rescue attempt for an injured and trapped climber on Latok II – one of the world’s hardest mountains, for over a week.

Accident occurred at 9:15 am on November 02, after dealing with the initial trauma from the approx. 250kg falling ice that impacted my partner at 5950m, I lowered her all the way to the scree field close to base camp in by 3:20pm. I then received help from my cook and another climbing partner to bring my partner to Gorak Shep (by 7:00pm), where the next morning they are flown out.

Climbing from K2 base camp at 5000m to the Camp 4, 7890m in a day with Gerlinde Kaltenbrunner, David Goetler, Daniel Bartsch, Dodo Kopold, Peter Harmor & Piotr Morawski . It had snowed for 3 weeks straight and all of us had planned to attempt new routes alpine style, so we had spent a lot of time talking in base camp about the weather and risk and home. When an unfavorable long-term forecast cast doubt on the viability of all of our projects we opted for the only fun option on the Cesen route – a continuous push.

Bill Pierson and I had skied along talking about the many trips we had done together, wondering why we had never bothered to make the effort to climb these two mega classics. I had just returned from sport climbing in Thailand, unconfident in my ice and mixed ability. Of course, with the encouragement from Bill, I managed to lead my half of each climb and was reminded why we had done so many trips together, from the south face of Nuptse & K2 to trying the Moonflower in October together. Trust in and respect for your climbing partner means everything.

Jack Tackle and I had climbed a new variation to the Phantom wall on Mt. Huntington in Alaska. We had arrived close to the summit in a thick cloud and fog. Knowing where we were due to studying photos of the summit area, we realized the summit was only a couple of rope lengths away, but descending was the right option after having climbed continuously for so many hours. Our original plan was to descend the Harvard Route but the fog prevented us from even looking for the point where we would start rapping, the only option was back down the Imperfect Apparition, the name of our new route. After 15 raps our lead line and 5.5mil spectra rap cord got hung up with another 3000’ to the ground and thus we started the biggest folly of my alpine climbing career. We unclipped from the anchor to traverse a few feet to create a direct line of pull, clipped a Ropeman each to the 5.5 spectra and started to jump down the wall. Finally we dropped 15’ and realized in motion that we were clipped to nothing and had not freed the rope but stripped the sheath. Dangling above the void laughing at each other we realized we had better wake up and get back to basics.

We sat atop Holtana after making another first ascent of a 3000’ wall. The massive wall in the heart of the expansive ice, gave us amazing views of other walls we had climbed or would later climb, but this was new years day and we sat there as friends sharing a small bottle of Champagne that one of us had snuck into the haul bag when nobody was looking. We all absorbed the solitude and isolation that we were so lucky to experience.

I had dreamt of climbing the south face of Mt. Kenya since I first read Yvon Chouinard’s seminal book Ice Climbing. It only took 20 years or so to get the chance. I was very lucky to got to the mountain with one of my closest friends, Brain Block, with the idea to rock climb, but pack ice gear just in case. Sure enough, we got lucky and found amazing ice/mixed conditions. I had lost my love of carrying big packs years prior, so we set off with 10 liter packs and just a water bottle each for the 3000 foot wall, and planned an open bivy at the summit – how cold can it be at 17,000 feet on the equator? It can be cold it turns out, But what a great day of climbing!